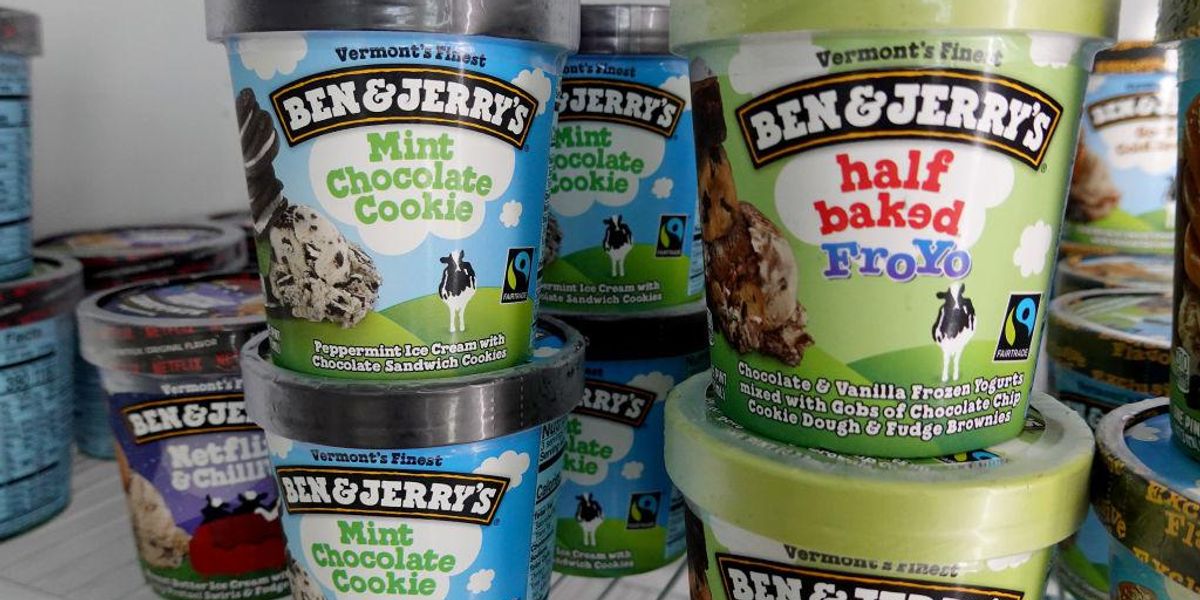 Asked a simple question about their principles in practice, the progressive activist co-founders of Ben & Jerry's ice cream were stumped and admitted they don't know why the company won't sell ice cream in parts of Israel but will sell it in red states like Texas or Georgia.

Ben Cohen and Jerry Greenfield no longer own the Ben & Jerry's ice cream brand, but the company still stands up for progressive politics. When the company announced in July it would stop selling ice cream in the West Bank, in protest over Israel's claim to the territory, the two 70-year-old entrepreneurs cheered that controversial decision.

In a recent interview on "Axios on HBO," reporter Alexi McCammond asked: "If you disagree with the Israeli government policy, why not just stop sales completely?"

"Well, I disagree with the U.S. policy," answered Cohen. "We couldn't stop selling in the U.S."

"Now, I think it's fine to be involved with a country, to be a citizen of a country, and to protest some of the country's actions. And that's essentially what we're doing in terms of Israel. We hugely support Israel's right to exist, but we are against a particular policy," he said.

But when McCammond asked why their principles matter in Israel but not here at home, Cohen was at a loss for words.

"You guys are big proponents of voting rights. Why do you still sell ice cream in Georgia? Texas — abortion bans. Why are you still selling there?" she asked.

"I don't know," Cohen said with a laugh, after a long pause. "It's an interesting question. I don't know what that would accomplish. We're working on those issues, of voting rights. ... I think you ask a really good question. And I think I'd have to sit down and think about it for a bit."

After McCammond pressed on Texas' abortion restrictions, Cohen said: "By that reasoning, we should not sell any ice cream anywhere. I've got issues with what's being done in almost every state and country."

"One thing that's different is that what Israel is doing is considered illegal by international law. And so I think that's a consideration," Greenfield chimed in.

Of course, the progressive left considers what Texas and other states with abortion restrictions have done to be illegal under the Supreme Court's interpretation of the U.S. Constitution, but everyone in those states can still buy "Half Baked" flavor ice cream at the local grocery store.

Greenfield denied to "Axios on HBO" that Ben & Jerry's and Unilever are boycotting Israel "in any way."

Unilever, which purchased Ben & Jerry's in 2000, is reportedly a major purchaser of tomato paste from state-owned factories in the Xinjiang region of China, which the U.S. State Department has called out for "horrific abuses" of human rights there, including forced labor.

The question remains, why is Israel singled out by Ben & Jerry's when anti-progressive policies and totalitarian governments exist all over the world and you can still buy their ice cream in those places? The co-founders don't know.