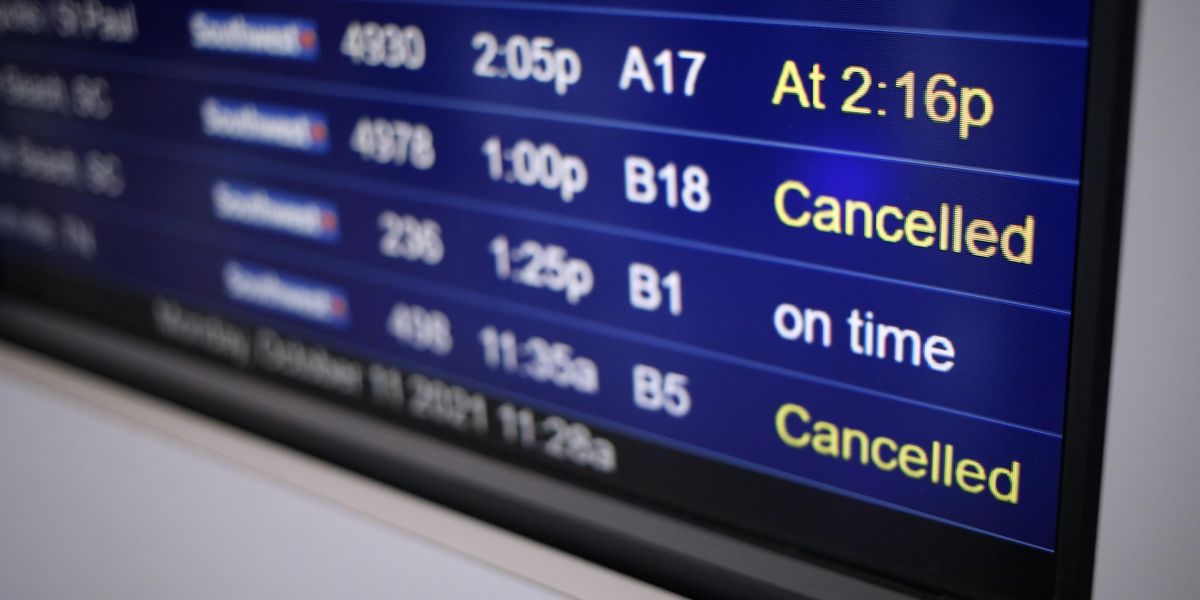 Southwest Airlines CEO Gary Kelly spoke out against vaccine mandates during a Tuesday interview on CNBC and, in the same breath, said that President Joe Biden is to blame for the airline's vaccine requirements.

In remarks, Kelly said that Biden is responsible for Southwest's decision to mandate vaccines for its staff and said that rules for federal contractors put airlines' backs to the wall.

During Tuesday morning's "Squawk on the Street," Kelly said, "I've never been in favor of corporations imposing that kind of a mandate. I'm not in favor of that, never have been. But the executive order from President Biden mandates that all federal employees, and then all federal contractors — which covers all the major airlines — have to have a vaccine mandate in place by Dec. 8. So we're working through that. We're urging all of our employees to get vaccinated. If they can't, we're urging them to seek an accommodation either for medical or religious reasons. And my goal obviously is that no one loses their job. The objective here obviously is to improve health and safety, not for people to lose their jobs."

Southwest made headlines over the weekend after canceling at least 1,800 flights, and 350 on Monday.

On Saturday, a spokesperson for the airline said, "[Air Traffic Control] issues and disruptive weather have resulted in a high volume of cancellations throughout the weekend while we work to recover our operation. We appreciate your patience as we accommodate affected Customers, and Customer Service wait times are longer than usual."

Despite the airline's protests, speculation began to swirl that a "sick-out" in protest of the vaccine mandate was afoot.

Last week, Southwest Airlines said that at least 56,000 employees needed to be vaccinated against COVID-19 by the Dec. 8 deadline if they wanted to continue working at the airline.

[embedded content] Southwest CEO: When an airline falls behind, it's hard to catch up www.youtube.com