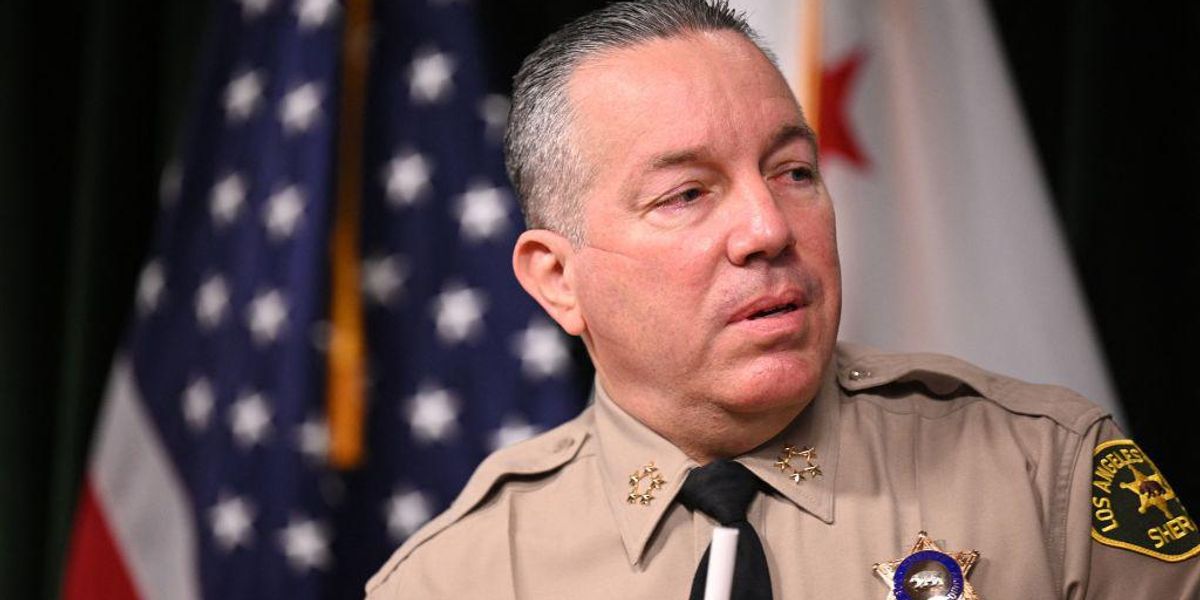 NEW: The L.A. County Sheriff has notified L.A. County that LASD will not work w/ a genetics firm the County hired for mandatory COVID-19 testing/registration of County employees after he received a recent briefing from the FBI warning him about the firmu2019s links to China. @FoxNewspic.twitter.com/WHtFcEZlPI

Villanueva told the board of supervisors that he attended a Nov. 26, 2021, briefing at the FBI Los Angeles Field Office, along with the county's top attorney and chief executive, with all supervisors and the head of the Department of Public Health invited.

"The FBI stated the purpose of the meeting was to inform County leaders of the serious risks associated with allowing Fulgent to conduct COVID-19 testing of County employees," Villanueva said.

The sheriff said he was "shocked to learn" that Fulgent has alleged ties to several Chinese technology and genomics companies that are "linked to the Chinese Academy of Medical Sciences, the Peoples Republic of China (PRC) State Council and are under the control of the PRC."

He further alleged that Fulgent uses genetic information obtained from COVID-19 testing patients in studies, and raised concerns that data potentially stored by Fulgent outside the U.S. could be accessed by the Chinese government.

“I am deeply concerned as to the vetting process which either failed to discover this or discovered it but chose to ignore it. A simple Internet search would have covered all the above facts,” Villanueva wrote.

He stated that the FBI "felt strongly enough regarding Fulgent being used to test County personnel that they held an emergency briefing to disclose their concerns."

"The Department will remove itself from working with Fulgent," Villanueva said.

L.A. County Supervisor Sheila Kuehl told the Los Angeles Times that she was invited to the FBI briefing but could not attend because she was out of town for Thanksgiving.

“From what I heard about the briefing, there was no evidence at all, zero, that Fulgent had breached anything or had any relationship with the Chinese government that was harmful to the information that might be present in the samples that they’re testing,” she said.

On Aug. 4, the L.A. County Board of Supervisors mandated that all County employees provide proof of vaccination against COVID-19 by Oct. 1 or face termination. Melugin reported that the county awarded a no-bid contract to Fulgent to provide testing and registration services, and that all county employees, more than 100,000 people, were required to register their vaccination status with Fulgent.

Melugin said that some employees reached out to him and were "furious" with a disclaimer from Fulgent Genetics explaining that the company may "store, process and transmit personal information in locations around the world," including in places with "less protective" data protection laws.

"If you do not want your information transferred to or processed or maintained outside of the country or jurisdiction where you are located, you should not use our Services," the Fulgent disclaimer reads, according to a screenshot shared by Melugin.

On August 4th, the L.A. County Board of Supervisors issued an executive order mandating all County employees provide proof of vaccination against COVID-19, or face potential termination. L.A. County awarded a no-bid contract to Fulgent to provide testing/registration services.

In a statement released Monday, the county said the contract with Fulgent prohibits the company from disclosing data collected without the county's "express written permission" and requires the company to "store and process County data/information only within the continental United States."

The county pointed out that federal agencies including the Department of Homeland Security also contract with Fulgent, which is certified by the Food and Drug Administration, accredited by the College of American Pathologists, and licensed by the California Department of Public Health.

“As part of our ongoing commitment to safeguarding our employees’ testing data, the County continually assesses any credible concerns that may emerge, in consultation with our partners in the federal government, to ensure that the terms of our testing contract are stringently followed," the county said. "If a credible threat is confirmed, or if the federal government takes any steps to rescind its certification, we will take immediate action to ensure no employee data is misused.”

The FBI declined to comment on the briefing to both Melugin and the Los Angeles Times.

Villanueva said the Sheriff's Department will use its own registration system and work with coronavirus testing companies that are unaffiliated with Fulgent to comply with the county's mandates. He asked that the board of supervisors "take steps to immediately assess and mitigate any further risk before any personnel are disciplined under the mandate for refusing to subject their information to the Fulgent system."

“I wish the sheriff would get his deputies vaccinated instead of worrying about how the unvaccinated get tested,” she said in a statement.

Villanueva, a Democrat, has been a longtime critic of the county's vaccine mandate. He said in October he would not enforce the mandate, warning that it could lead to a "mass exodus" of county employees.