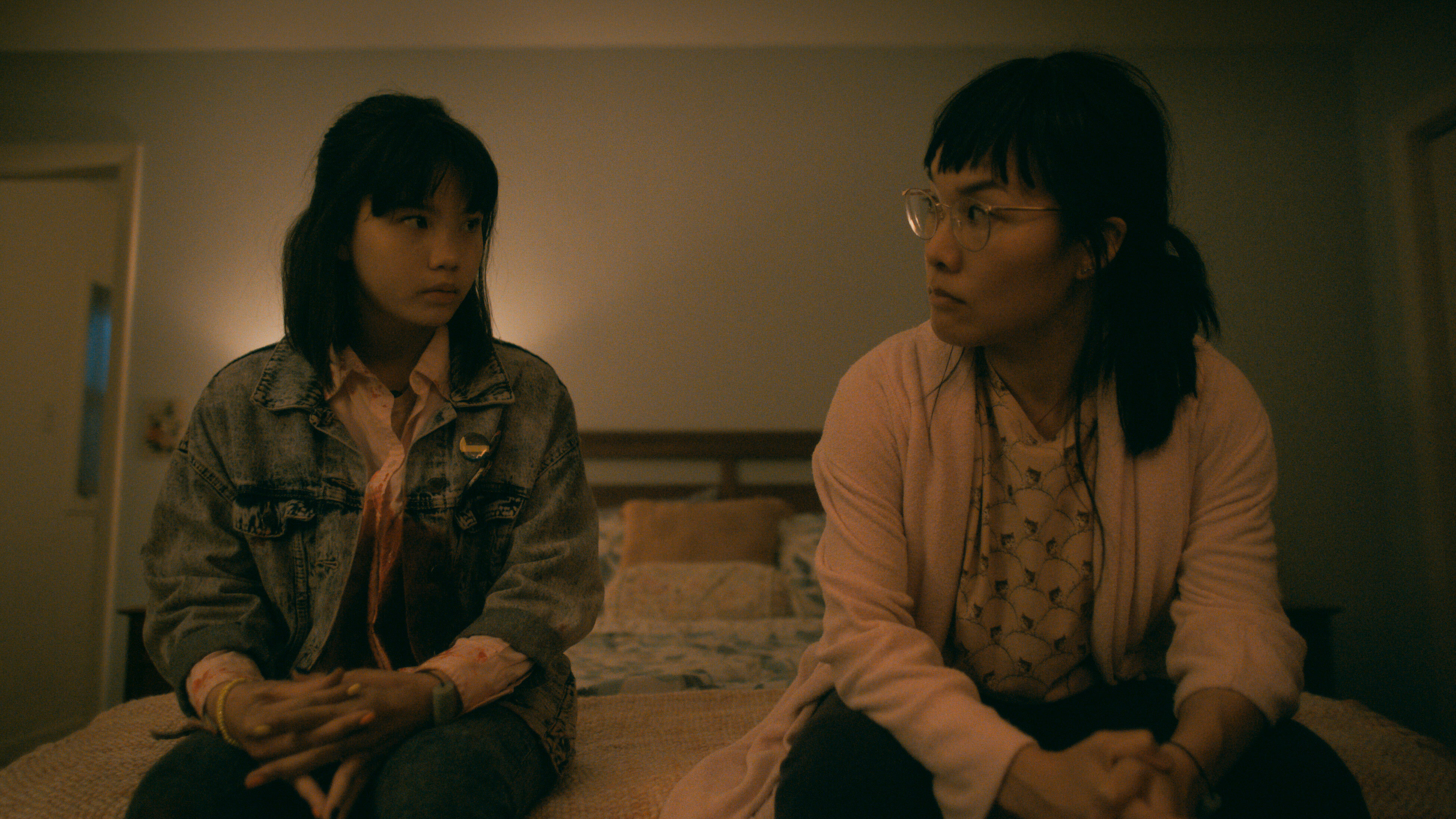 If you just watch this 30-second slice of the upcoming Prime Video series, Paper Girls, you'll pick up on a few things. Four newspaper delivery girls — Erin (Riley Lai Nelet), KJ (Fina Strazza), Tiffany (Camryn Jones), and Mac (Sofia Rosinsky) — get zapped into the future, where they meet the adult version of Erin (played by Ali Wong). There are some flashes of more intense moments, but the overall vibe is pretty light.

There's more going on here, though. Paper Girls is adapted from the comics by Brian K. Vaughan (Y: The Last Man, Saga) and illustrated by Cliff Chiang (Catwoman: Lonely City) and its particular take on time travel is fraught with threats and danger for its protagonists. You can catch glimpses of vaguely scary imagery in the opening half of this teasing 30-second look, but that's all you'll really get unless you poke around on the internet outside the trailer.

It won't be much longer for those who prefer to wait, though. All eight episodes of Paper Girls come to Prime Video on July 29.