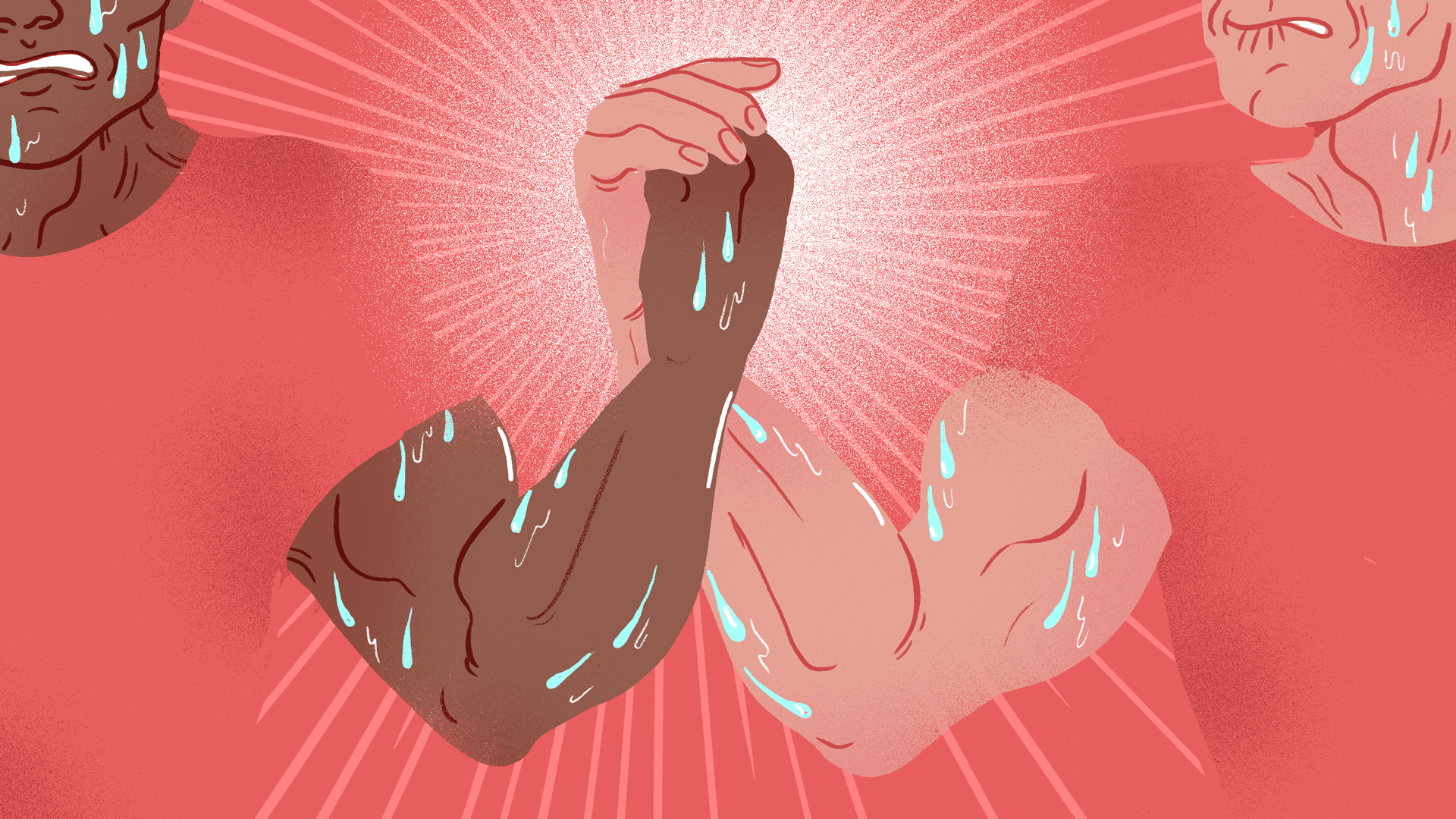 "I got a massive W [win] recently because I managed to refuse sex during a wet dream," 26-year-old Aaron tells Mashable. "So I’m the No Nut November king, heavy are the balls that wear the crown."

While some are there to share memes and have a laugh, others are there to take the challenge very seriously, believing it will better them in some way. And some members have darker intentions.

Aaron, who works in digital advertising, says he partakes in No Nut November annually, and has done since 2017. He’s an avid Reddit user, which is where he came across the movement, and was led to believe it would come with an array of health benefits. "Better mental health," "improved will power," and "being better in bed" are just a few reasons he cites for signing up to the challenge.

The No Nut November community centres ideas like these. It has even been suggested by people in support of the challenge that abstinence can increase testosterone. But experts and actual research have presented data that suggests the complete opposite of this.

SEE ALSO: What is the virility myth? Read an extract from Sophia Smith Galer's book 'Losing It'

"Turning down sex and giving up wanking is a big thing for a man," Aaron adds. "There’s just something about resisting it for an entire month and having your boys big you up that feels like a good accomplishment. I need to know I’m able to do it, so I know I’m not addicted."

Neves adds that many members of the community will use this misconception as a reason why men should try harder to stop. "But those symptoms are an indication that they become dysregulated because they have lost one central and healthy and harmless way to manage their stress."

The movement is also underpinned by ideas of "winning" and "losing". A quick scroll through the No Nut Subreddit reveals disturbing posts of misogyny and intense, public group shaming towards those who share their "failures". One Reddit user shared that he got an erection over Amy Schumer which received thousands of downvotes (the dislikes of Reddit) and shame-fuelled comments like "man down" and sexist replies like "come on, if you’re going to break NNN, do it for someone hotter than that."

Basically, the whole movement is pretty shame-drenched, and at times, just plain cruel. A better challenge, Neves suggests, would be trying not to judge other people’s sex lives for one month.

Unfortunately, sexual health misinformation and toxic masculinity displays are not the only problems with the movement. What began as an online challenge for a bit of fun or an opportunity to shitpost online at best, has been co-opted by the far-right. Racism, misogyny and anti-semitism runs rife on the No Nut November subreddit and other #NNN discussions on social media platforms like Twitter.

"Some of those No Nut November forums have been found to be misogynistic, homophobic and antisemitic," Neves adds. "They incite violence towards pornographers and women who are sexual. There is a nasty underbelly to these movements."

29-year-old copywriter Sanjai tells Mashable he took part in No Nut November four years ago after hearing some of his favourite podcasts talk about how freeing it was for them. "They talked about it like it was a fitness challenge which is something I’ve always loved doing and liked the feeling of accomplishing. I didn’t really wank that much anyway, not compared to my mates anyway, so I thought 'why not?'"

Sanjai did come across anonymous forums for the challenge like the Subreddit along with a couple of Ddiscord servers. "I wasn’t there long. It was fucking disturbing to be honest. These men are really weird," he shares.

"[I saw] sexism, racism, conspiracies. You name it. I just wanted to see how long I could go without wanking, man," he laughs.

Aaron says he’s aware of this part of the No Nut November community, but doesn’t get involved. "I don’t know anyone personally, that's part of all of that stuff. It’s nothing to do with abstinence anyway so I don’t know why it’s there but I guess racists will use whatever [they can]."

Being exposed to shameful language around sex is also no small enemy. Engle points out that engaging in sex negativity can make people feel like they can’t talk about sex (which creates problems around consent and managing sexual boundaries), make them avoidant in sexual exchanges because they’re worried about their performance (a common cause of erectile dysfunction) and encourage misogynistic ideas.

If you’ve participated in No Nut November this month or you’ve caught wind of it and were thinking about it for next year, consider that you’re likely to interact with intense shame, sex negativity, discriminatory behaviour and inaccurate sexual health information. You certainly won’t learn anything about who you are as a man, person, or lover of any kind. Close your Reddit tab and have a wank instead.